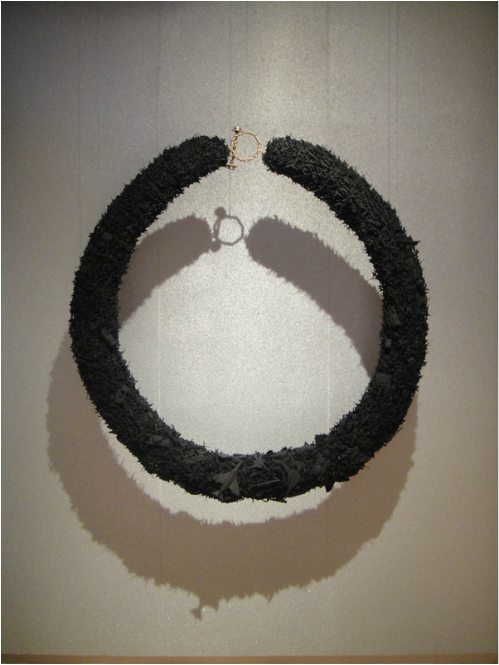 Edward Lane McCartney's oversized necklace in the form of a wreath functions as a dramatic and politically charged narrative about war and loss. Consisting of thousands of plastic toy soldiers that have been painted black, the necklace references America's war in Iraq as well as Victorian mourning jewelry made of black jet, a form of coal that can be polished to a rich luster to serve as a gemstone. McCartney's use of the jewelry metaphor makes his message both personal and public.
54" x 54" x 9"
​
Gift of David Mark Gooding, 2012 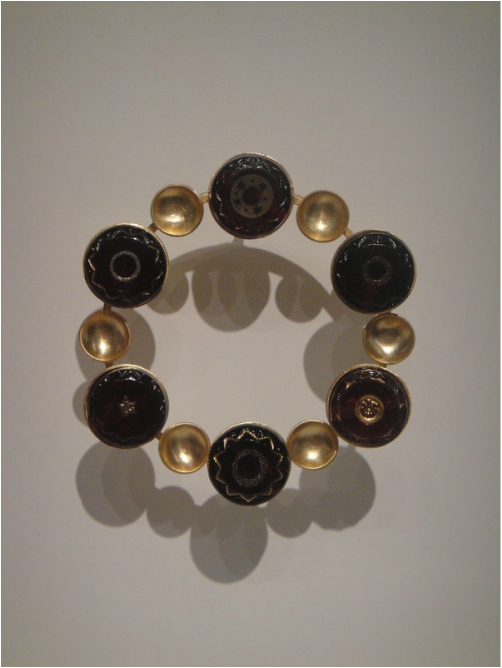 Gift of Oliver and Nancy Goldesberry 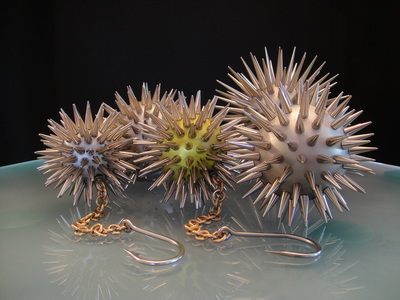 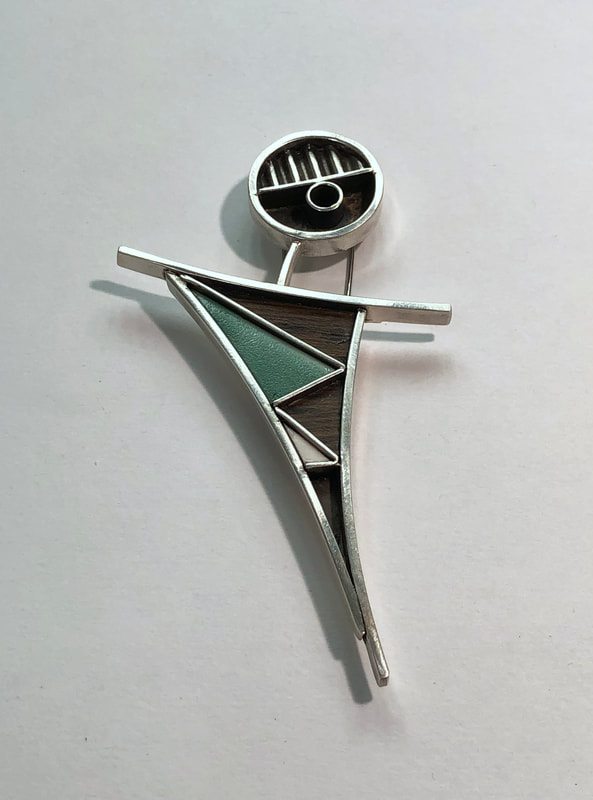 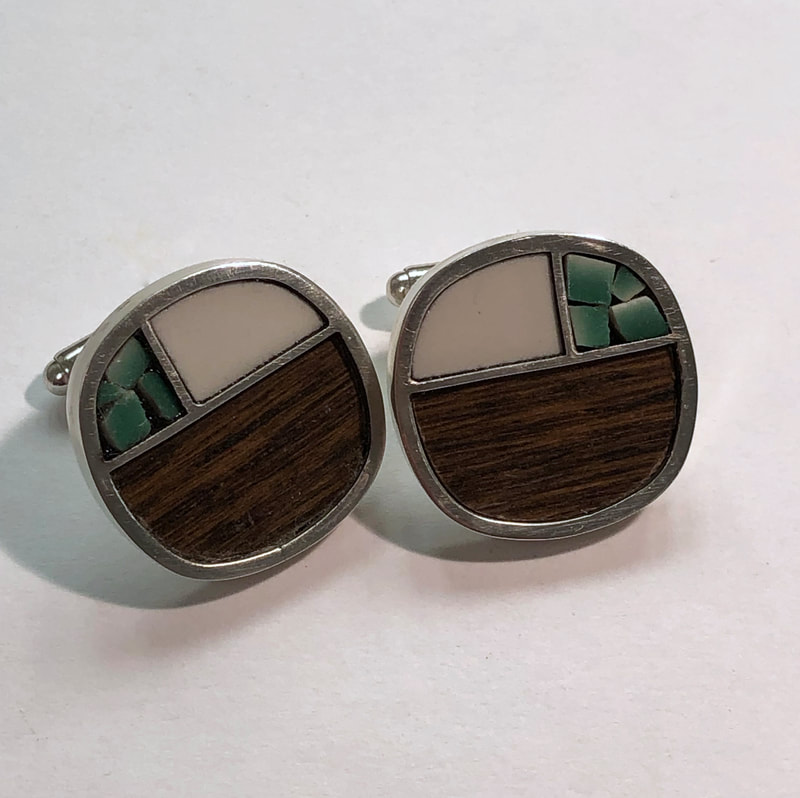 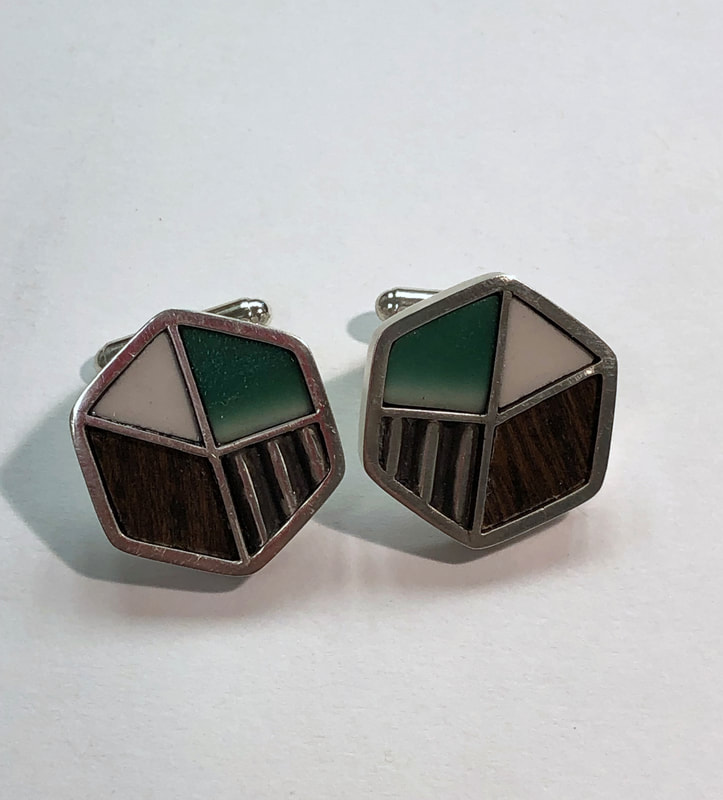 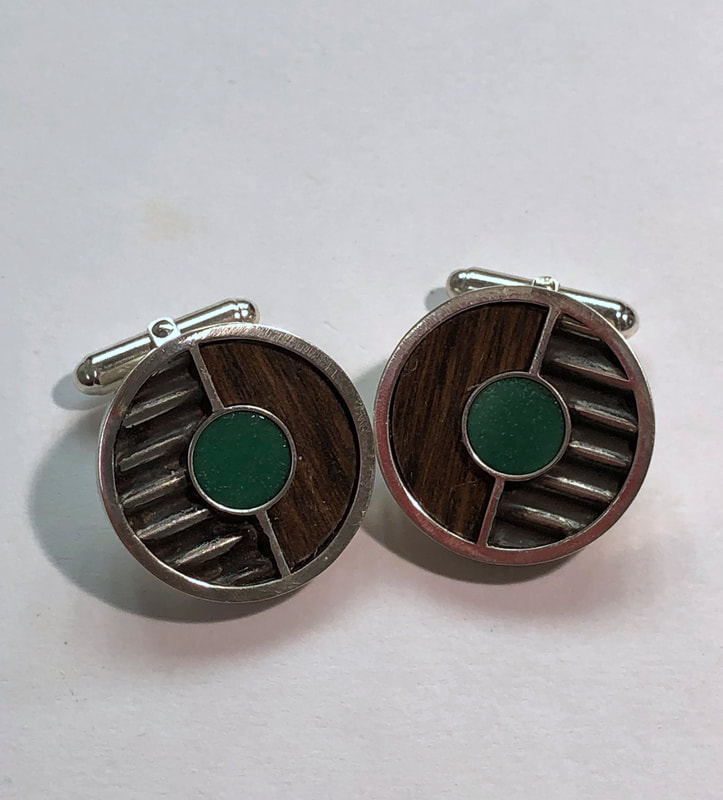